Ashutosh Pednekar and Leena Pednekar were undisputed champions in Goa during their prime in the late eighties and nineties, and they showed glimpses of the talent that made them a household name.

While Leena had little difficulty in overcoming Pooja Mehta 21-16, 21-13 to win the women’s over 40 singles crown, Ashutosh teamed up with Naheed Divecha to quell the challenge of Shalini Shetty and Sanjay Moolur Raghav of Karnataka 21-18, 21-19 to emerge champions in the over 45 mixed doubles category.

“It was a surreal experience to win national titles for both of us. Though, we won a mixed doubles title in a Maharashtra State Championship a couple of years ago, this achievement ranks on top. What makes it special is the fact that we won it in Goa, where it all started,” said Leena.

Ashutosh, a commander and join secretary of Navy Sports Control Board, was the guiding force behind his sister’s triumph.

“He is an all rounder. I don’t think I could have done this without his help. It was also nice to see him winning a title too.” Said Leena, who famously defeated nine-time national champion Aparna Popat in 1991.

Ashutosh has his own success story. Twenty-four years ago when he last played in Goa, he had walked away with the title. As he took to the court again, that winning touch didn’t elude him.

‘I would like to thank our coach Roshan Lal Nahar. He taught us the nuances of badminton and now we are champions only because of him,” said Ashutosh, the 47 years old former state champion.

If Leena was the dominant player in her category, Ashutosh was the engine of the mixed doubles triumph. After winning the first game, the eventual champions were trailing 17-19 and Shetty and Raghav were threatening to take the match into the decider as the Karnataka pair had momentum going their way. That’s when Ashutosh turned the tables. He left their opponents gasping for breath by unleashing killing smashes and clever drop shots. The top-seeds won four points in a row to snatch victory.

Ashutosh credits his parents for cultivating a sports culture in the family. His father, Avinash, a former principal at Government Polytechnic, Panaji and mother Vasanti, were avid badminton players. 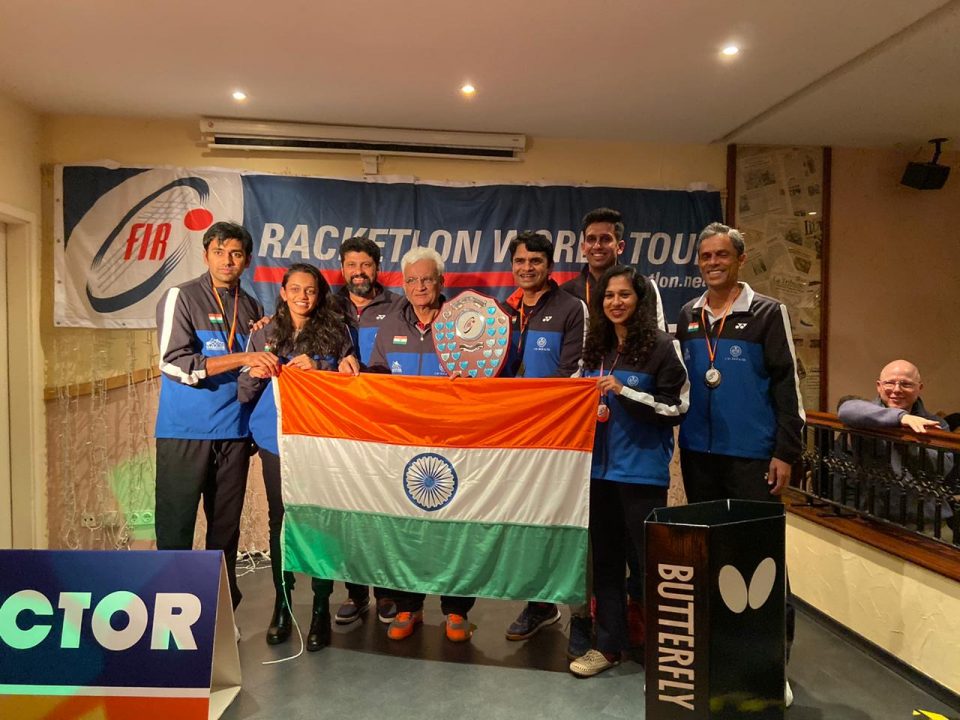